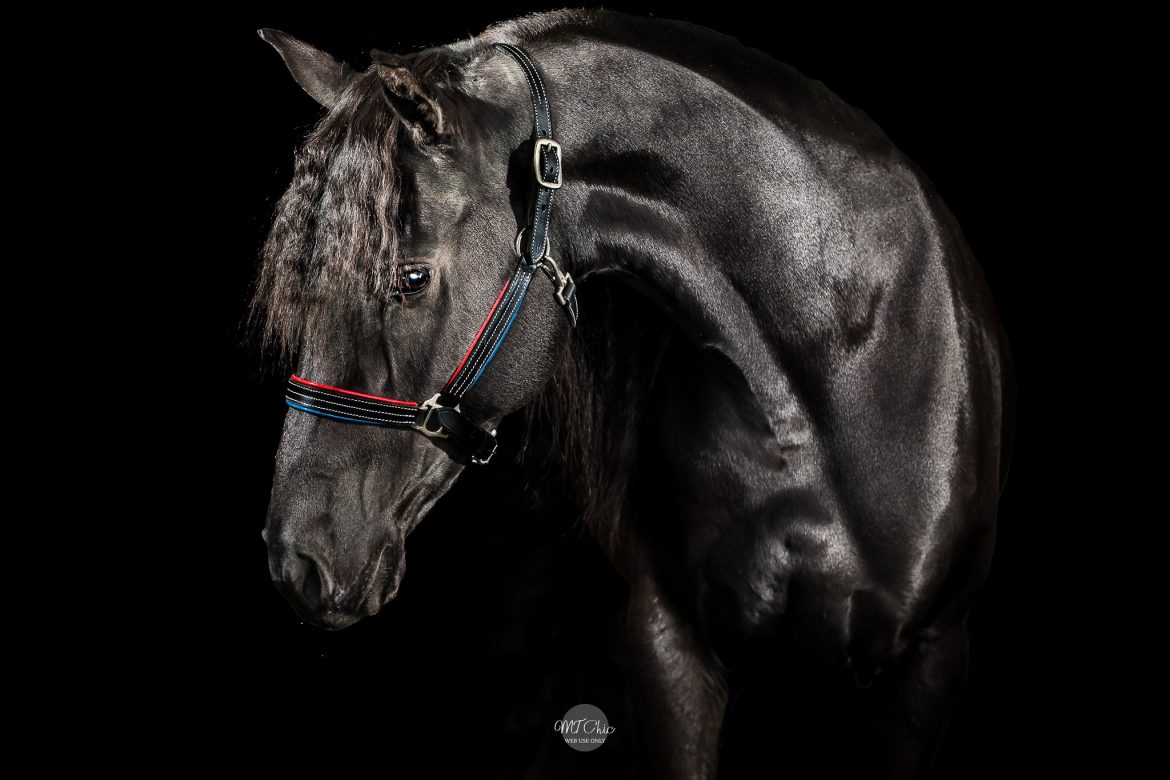 If you’re looking for something fancy and guaranteed to get the job done, this is the mare for you! Finn is a 2018 Friesian Sport Horse that has the brain of a working cowhorse champion. She was bred and raised in the Big Sky Country of Montana and grew up to be sure footed with the ability to safely carry a rider through all terrain. Finn was started under saddle as a 3 year old and progressed nicely. She was then given some time off through the winter to continue growing and filling out. When she was brought back to riding, she did so with ease. This mare enjoys her time with people and loves any job given to her. She’s easy to catch, often the first one coming up to meet you even without grain or treats. Throughout her time in training she has been ridden by different levels of riders including youth. She was even used as an extra horse for a barrel racing clinic and enjoyed the new game. She’s done it all from leisure rides out on the trails, to roping on the ranch, and even placing 2nd in the ranch cutting at her first ever show- the NILE Stock Show in Billings, MT. She also placed 3rd overall in the Ranch Horse Versatility competing in all six events at NILE. This is a well rounded and experienced young mare that will go in any direction you point her in. She has experience jumping and riding English and could easily go into dressage. Finn is comfortable in all settings from indoor arenas and showing to the mountains out working gathering cattle. You can ride her around in just a halter and bareback even. Not only does she have the kindest eye, but the biggest heart and go-getter attitude. She’s athletic, intelligent, and absolutely gorgeous with a want to please attitude. Finn is the mare that will take you where you want to go and look stunning while doing it. For more information about this beautifully solid mare, contact LaVonne Mothershead at 406-679-5254. 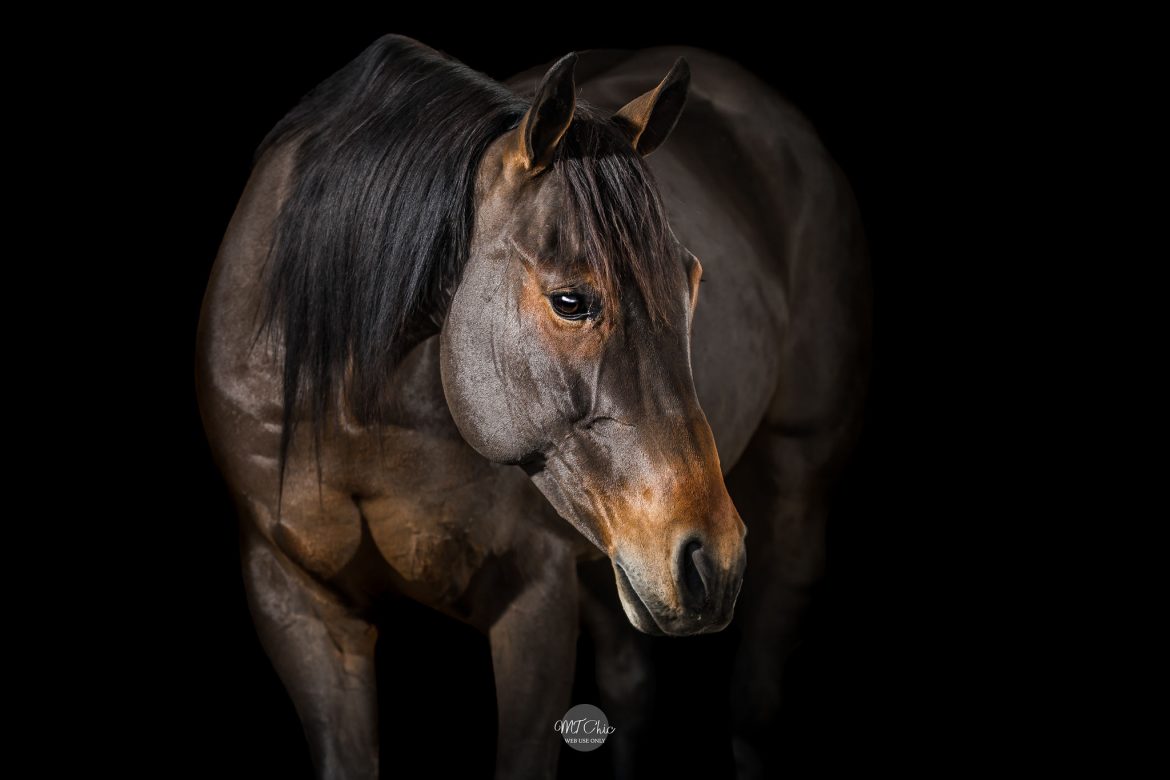 SIGNATURE WHISKEY affectionately known as Candy is a 2017 AQHA Mare by the race bred stud FOLS SIGNATURE and out of a cow bred own daughter of PADDYS IRISH WHISKEY. You truly get the best of both worlds in this athletic girl. Candy was picked as a weanling to be a 4H colt to maturity project for her kind eye and sweet disposition. She was started by a 14 year old girl and never once tried to buck. Candy was shown as a 2 year old and 3 year old in 4H for western pleasure, equitation, and trail. She placed top in every class and was easily trained, picking up new skills quickly. Her true athleticism became clear as her training progressed. She has since been trained in everything from cutting and cow horse events to jumping. She has experience in the branding pen, on barrels, roping both from the box and in the pasture, ranch sorting, cutting, jumping, pole bending, western pleasure, equitation, trail riding, and all types of ranch work. She’s easy to haul and does well in new places. In 2021, she qualified for and competed in Fort Worth, TX at the RSNC World Finals, making it to the second round in several classes. For many of the classes she competed with a youth beginner level rider. Throughout this summer she was hauled to multiple rodeos and barrel racings. On average, she placed 2D in barrels and 1D in poles, with her time improving by several seconds from the beginning of summer to the end. Candy has been used as a lesson horse since she was a 4 year old for kids just learning how to ride and kids with disabilities. She quickly became a favorite amongst the kids for how adaptive she is to her rider’s level. She can easily be ridden with a halter and bareback. Candy even competed in the bareback sorting at the RSNC world show. This is an athletic, kind, pretty young mare that has a good solid foundation and is capable of doing whatever you want to do. For more information about this been there, done that mare contact LaVonne Mothershead at 406-679-5254.